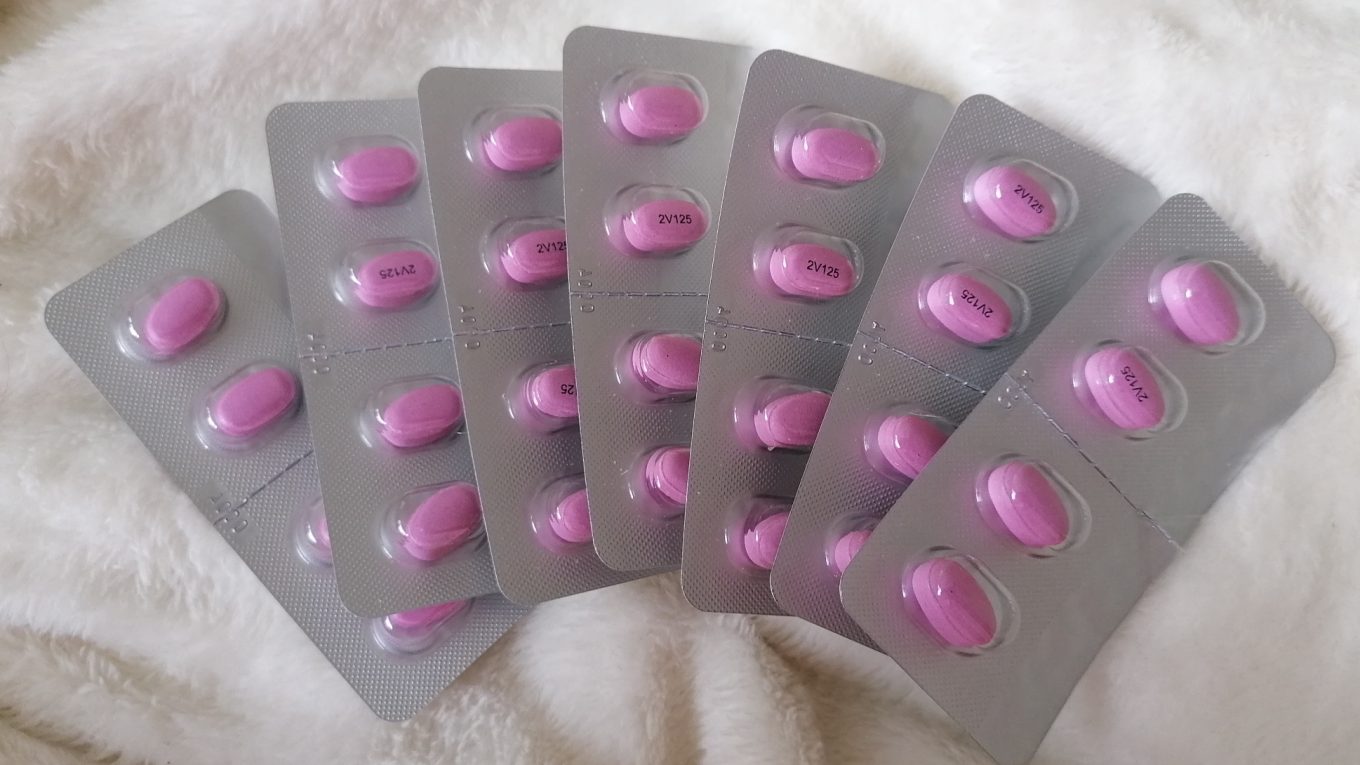 Orkambi – The Good, The Bad and The Ugly.

Here I am giving an Orkambi Review- the good (benefits I’ve experienced as a result of Orkambi), the bad (the cost) and the ugly (the cost or more appropriately the foul things coughed up as a result of it)!

Even on a quarter dose, it was tough coping with the initial side effects of Orkambi. Once I was over the worst of ‘the Orkambi purge’ (which was roughly two weeks),  I was allowed to go home. This was a pretty hard period in my life. After ten weeks in hospital, I had to recuperate and get used to my new life. There were so many limitations of what I could do, how much my body could cope with, let alone processing what had happened.  This time is pretty hazy – I think I’d gone through so much mentally and physically I stopped living and just functioned day to day. Anyway, that story is for another day!

After about four to five months of being on my quarter dose of Orkambi, my dose was increased to a half dose (one tablet twice a day). This knocked me back again – nowhere near as badly as starting it had, but certainly put me out of action for a week or so. Again, it was the shortness of breath and constant coughing that troubled me the most coupled with absolute exhaustion. I managed to cope at home though.

Going to the three quarters dose was a little easier again and by the time I increased to the full dose, I only experienced a few days of being knocked out. I found the shortness of breath got worse in the late afternoon/evening.

The pharmacist dropped off a box for me to keep in my room so I could take it at the most suitable time for food. I felt like I had this priceless stash of drugs that needed to be fully alert to at all times! I was told to keep it out of view at all times! I’m not sure a passing burglar would have such a keen eye for such drugs! Each weekly box worked out to cost £3,300 –  ouch!

I had to pick my Orkambi prescription when visiting the hospital and would collect a three month’s worth at a time.  The first time I collected the supply, I felt so nervous, like I was walking through the hospital with a sign saying ‘mug me’. The cost was over £13k!!

One of my consultants told me he’d even looked on ebay to check that no one was selling theirs! And they’d be able to tell who the supply had been given to by the serial numbers!

Going on holiday I’d be so paranoid where the Orkambi was packed, as it would be extremely difficult to replace if it went missing! Even going into hospital you had to make sure you took enough as getting hold of it was closely monitored! Now, as it is more commonplace, I am pretty relaxed about, though I’d rather not deal with missing Orkambi!!

So many people ask me if Orkambi has made any difference. This is a very difficult question for me to answer. When I started Orkambi, I was at the end of a life-threatening decline. In that time I went from having a lung function that was around 40-41%, but doing surprisingly well on it. I worked part time, exercised as much as possible and had a good quality of life, although I was showing signs of decline in my lung function.  Then a simple operation to replace my port turned into a much longer one and set off a crazy spiral of decline. My case is quite unusual as they like to start you on Orkambi when you are stable and at your wellest. They felt with me that they needed to get me on it as soon as possible to give me a chance of stabilising. So when I started Orkambi I was very poorly and I am unable to compare like-with-like. How would I have been if I had started Orkambi when more stable? Would I still be here if I hadn’t had started Orkambi? I can only theorise based on my experiences.

I have had some very nasty infections within the last three and a half years since starting Orkambi – particularly over the winter months. I do think Orkambi has offered me some stability and resistance against these knocks. Don’t get me wrong, catching a minor cold will have me in hospital on IVs for weeks on end trying to knock it on the head. But I do not lose weight as quickly when I’m poorly. Previously I’d lose half a stone before I even realised it due to fighting infections. Now my weight is stable and stable at a heavier weight.

My lung function has not improved, but my old baseline was culled after the hospital stay, so it is difficult to compare. Mucus seems to be easier to shift and thinner than previously (though still super sticky).  I have found my blood pressure is a bit higher now and pulse a bit lower, which is a bonus as I’ve had a few issues with low blood pressure in the past.

One of the main benefits I’ve found with Orkambi is that I am not troubled by as many digestive problems. When I missed a creon dose, or didn’t take enough, I’d be in absolute agony and unable to move. Now it is nowhere near as painful and just a bit uncomfortable. It means I can relax more when eating super fatty meals (hello fish and chips!)  as I’m less likely to be in pain the next day. It is quite liberating and amazing not to have this insane pain from ‘not enough creons!’

One of the strangest side effects I’ve had from Orkambi, I would classify as a benefit. I get the most crazy, vivid dreams. They are like a wild night out on the best cocktail of drink and drugs, with the thrillers of an action film in glorious technicolour . And obviously no hangover afterwards. So enjoyable! I do wonder if it’s my mind giving me some light relief to stop me going insane!

Given that I’m still here and relatively stable, even after some savage infections, I have to thank Orkambi. I hope those starting Orkambi soon, who are in a better state get a huge boost from it without too many side effects!