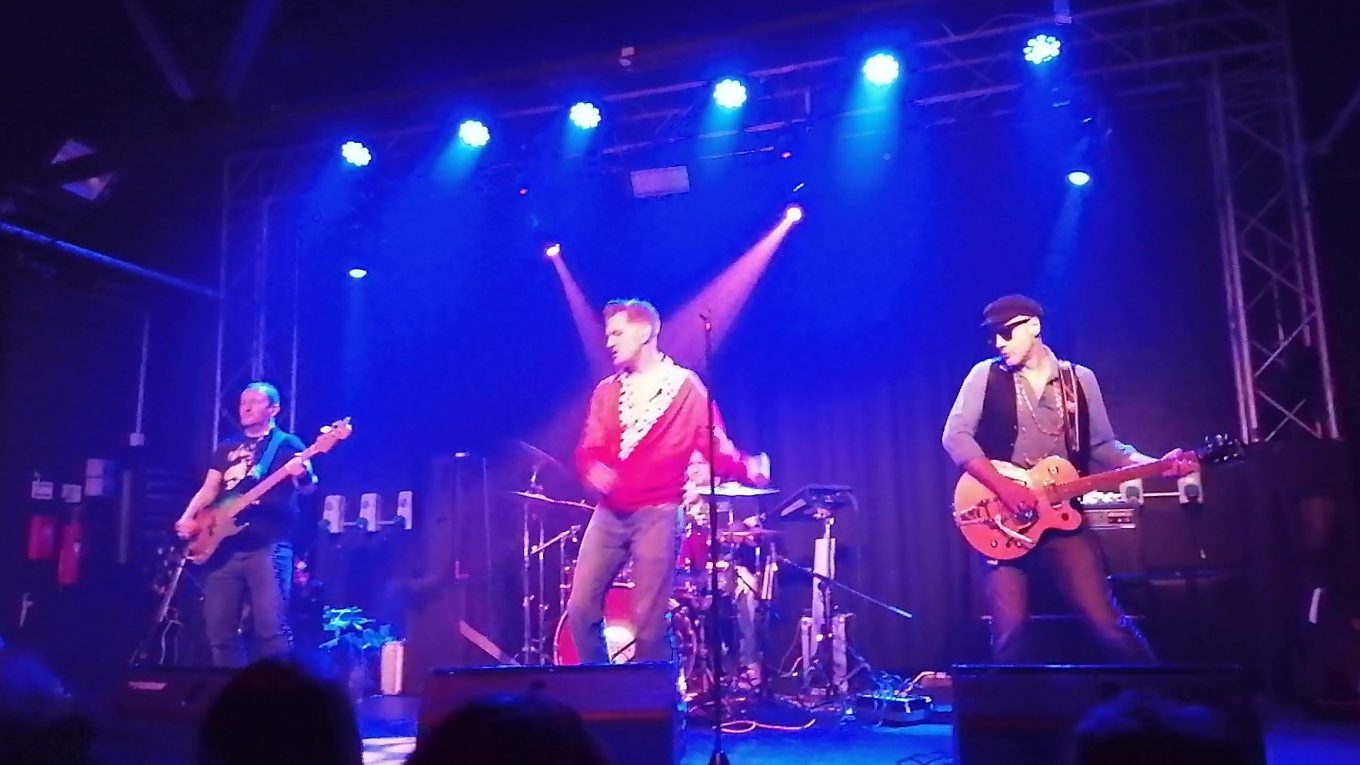 Despite the abundance of tribute acts listed at the O2 Academy Oxford, I have never seen a live tribute to a band. Having not been old enough to experience The Smiths in their heyday, I was keen to see some of favourite songs performed live.

A quick cheeky pre-gig meal at Red Star and we find ourselves one place-setting along from the guy that plays Johnny Marr in The Smyths. I can hear him being interviewed and despite my very best efforts at eavesdropping, I can only hear the interviewer and not the interviewee. Towards the end of our meal, we start chatting to the lady on the bench next to us who tells us they were also going to the gig and she was just making conversation with fake Johnny Marr and we should have joined in!

The lights dim and “Dance of the Knights” by Prokofiev comes pumping across the crowd, known to most of us as the Apprentice theme music! The band are playing Hatful of Hallow in the first half and a selection of greatest hits in the second half.

The upstairs is the perfect place to watch The Smyths – relatively cosy and intimate. Perfect for those of us old enough to reminisce about the Zodiac and experience the bouncing floor which is still there.

The band are respectful in the way they create the sound, clearly loving The Smiths as much as their audience. It never seems forced or contrived, just talented musicians playing to an appreciative audience. Having seen (the real) Johnny Marr several times recently I watch the musician playing him and can see that he has honed the stance and small nuanced moves that bring the character to life.

Hatful of Hollow – Part One of The Smyths

Fake Morrisey has perfected the style from clothing and hair, to the dancing. Wry comments which are delivered firmly tongue in cheek. A request for a song, is greeted with the reply “well we are in 1984 and that song wasn’t written until three years later, so you’ll have to wait a bit for that!” He also talks of playing at the venue when the band first got together to a small crowd, but they were against Coronation Street that night – this time they are just against Eastenders and “Eastenders is dreary”.

‘Heaven knows I’m miserable’ gets the enthusiastic crowd singing and dancing jubilantly. The thing that struck me about the gig is just how into it the audience is – literally no one is on their phone, bar the occasional photo. Everyone is there enjoying the moment.

One of my favourite songs, ‘What difference does it make’ sounded truly incredible. The falsetto powered out by fake Morrissey was astonishing good and evoked a loud reaction from the appreciative audience. The control of his voice is incredible and he is visibly out of breath afterwards.

‘This charming man’ has everyone grinning and dancing wildly. A man slightly bumps me and grins apologetically. This is a happy, content crowd and has the least attitude of any gig I have ever been to. Armies of lads sing and sway to the tunes with their arms around each other. There is a mix of ages from teenage to pensioner adding to the joyous atmosphere. How soon is now’ sounds hauntingly beautiful.

The Smyths play the Greatest Hits of The Smiths

The second half sees even greater reactions as the band play the biggest hits. 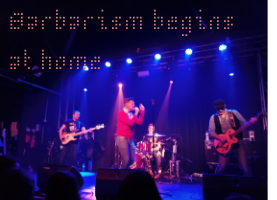 The note held at the end of ‘Bigmouth strikes again’ showed again the power of fake Morrissey’s vocals. In ‘Barbarism begins at home’ he fills the stage with a mock sparring throwing punches while the band brings the house down. Hearing the songs of The Smiths sung live  evokes the same overwhelming joy as when I first discovered the music for the first time. I absolutely loved it! The whole gig had the spirit of a Christmas party but with people who actually liked each other!

Fake Morrissey talks earnestly about the animal charity the band support and urges us to vote. One can’t help but feel that this encouragement would not be received so well had the real Morrissey in 2019 have made this statement. That is the beauty of The Smyths, they capture the essence of The Smiths and bring it to an audience who may never have got the chance to see them.

The encore starts with ‘Stop me if you’ve heard this one before’ and the final song ‘Last night I dreamt that somebody loved me’. Well dream no more The Smyths, last night you’d be hard pushed to find someone that didn’t love you inside the venue!

Like most of the O2 Academy franchise, if you can provide evidence, you can get a free personal assistant ticket when you buy a ticket.

Upstairs at the Zodiac – or O2 Academy 2 as it’s called now – is one of my favourite places for a gig. I can sit on the bench that runs along the side of wall on the left-hand side of the stage. I get to sit, and because it is raised, you get to see quite well, whilst your friends can dance and you’re not too cut off from them. Unfortunately the upstairs is not accessible to wheelchairs (as far as I’m aware), although the main downstairs stage is.

I'm happier than I look!! I'm still having a lot

I've had a rough uncomfortable week or so. I put

I've been feeling increasingly rough the past coup

I have been feeling super rough the past few days

Had an oxygen assessment today - That's about as e

Year of reflection Ironic that this was the messa

One year ago..... A lot of us have been reflecting

I watched the CF Trust webinar last night on the f

Today was a good day! 💛 The lung pain I've had

Enjoyed meeting some other CF patients today 'in p

Had an appointment today at the wonderfully named

Happy Valentine's Day to all the lovers, singles,