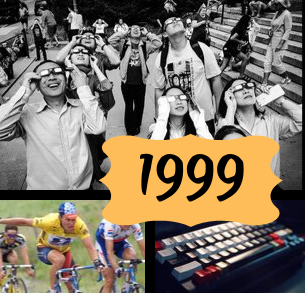 Subtitled, how did I get so old? But more importantly, I am really glad I am so old!

In late September 1999, as the media ruminated the cause of Princess Diana’s fatal accident, Lance Armstrong powered to  Tour de France victory, paper ‘solar eclipse’ glasses gathered dust and frantic preparations were being made before the deadly Millenium Bug hit us, I began university at Oxford Brookes. 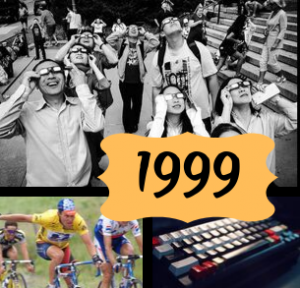 In halls, I met three girls, who I knew I would have nothing in common with: one engaged, one had worked ‘in the city’ and another had just completed a season abroad, whatever that was (it turned out to be getting drunk and snogging boys – sounded pretty good!). And they were all southern, and didn’t like indie music! Once we had bonded at the hall bar on the first night, and they saw past my bottle green velvet trousers (it was the 90s, what can I say?!) we were on the road to many misadventures and good times. Somewhere along the line we probably did some work too, but we don’t tend to reminisce about that when we meet up.  Twenty years later and I am so happy to say these girls are still my friends. The kind of friends you can not see for ages and then quickly slip back into the usual patter with.

In preparation for the meet-up, I fished ‘the book’ out of storage – a diary of sorts documenting our nights out, including drawings of various events. This was our version of digital cameras and facebook, except with no option of untagged yourself from embarrassing incidents! I also find some old photos.

Amongst the plethora of photos from nights out, an image emerges of health-related matters. A photo of me in hospital with uni friends visiting me on the way up to a friend’s 21st ‘up north’. It shows an open-plan ward, which contained CF and other respiratory conditions in bays of six. I’m sat on my bed mixing and delivering my own ivs, in pre-mixed balloons.

I find another photo of four healthy-looking fresh-faced girls (the girls I knew I wouldn’t get on with!) before our first “proper” night out. I see myself as the naive teenager I was, going off to the ‘big city’ whilst my chums from the South-East bemoaned about the small nature of the town redeemed only by its relative proximity to London.

I look at myself and feel so sorry for the girl and what will be coming her way in the future. Not the ill-advised relationships or misadventures on nights out – they were the best bits! But knowing how this girl was going to face all manner of battles and health struggles in the coming years.

In a moment it hits me and I realise I have fallen into the trap of judging someone on how they look externally. If I am judging myself on external appearences, no wonder strangers find it difficult to believe I have such health issues!

I feel like I have betrayed my former self: in the school year previously I had struggled to attend school for six months, faced serious infections and having undergone a significant life-changing operation and recovery (major lung surgery.)  Coming to uni, leaving the security of home and being in complete control of my health in itself was a huge step.
I was looking back with rose-tinted spectacles and judging myself on how I looked rather than the actual situation (how ironic!).

After being so ill in sixth form and the build up before then, I remember thinking I must always take opportunities when they come up. Over the past twenty years I have tried not to turn down opportunities – possibly not always advisable but if nothing else for my motto, ‘it’ll make a good story afterwards’!

I’ve been to as many events, traveled as far as possible, and even somewhere along the line done some studying and working. I’ve never prioritised academic work, luckily being able to get by relatively easily but in doing so have saved enough energy in the tank for real living. I look back with my friends and don’t regret a thing (more or less!). I have stories to tell, memories to look back on and life experiences. I may be at a standstill with what I can achieve now but least I feel a sense of calm and don’t suffer from FOMO (Fear of Missing Out) too much. In fact the days I’m feeling rough, it’s cold outside and there is something decent on telly I have JOMO (Joy of Missing Out) and from talking to friends a similar age, I think this is entirely the way I should be feeling pushing towards 40.