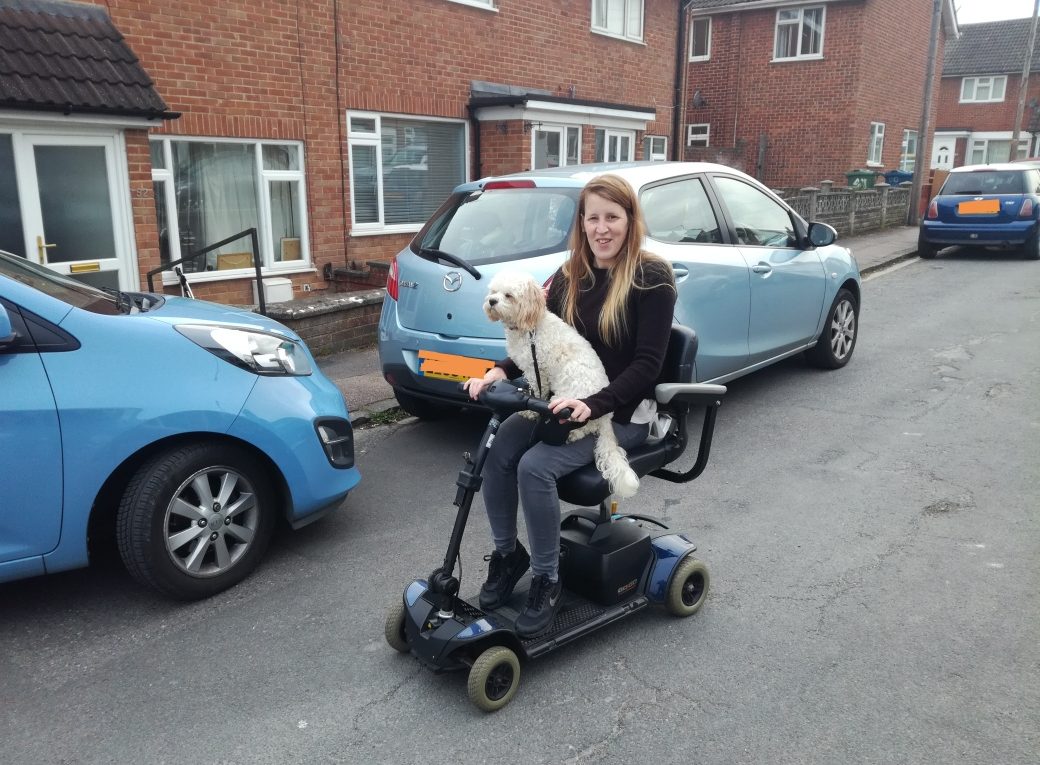 As much as I like to think of myself as independent and my stock answer for people asking me how I am is ‘ok-fine-
and-you’, I have to admit that my body really does have limitations. These limitations now mean I’ve stopped doing a lot of things I used to enjoy. My ability to cover much ground at more than a snail’s pace is one of these. After a particularly bad admission a month or so ago I was only able to move with a walker to give me support with my balance issues.

Whilst watching an episode of Benidorm I started thinking of how I would be able to go on a stag-do* if we went to Benidorm and could all dress up as cast members. (*My friend has one coming up this year but realistically I’m not going to be able to go). Obviously, I’d be Madge as I have the hacking cough and could use a mobility scooter to get around and be ‘in character’ if I behaved badly! I’d have to work on the tan! This got me seriously thinking about whether a scooter could be a viable option and coincidentally the social worker attached to unit happened to mention them, as I was going to need a walker to go home with at the very least.

I had previously half-thought one might be helpful, but having nowhere to store it and driving a seventeen-year-old three-door mini with a boot that didn’t open, I’d kind of forgotten about. Fast forward a few months and many of these issues are solved with a newer, bigger car and a now usable garage.

I managed to source a second-hand one which breaks apart into five pieces to be easily transportable. This is if you have a willing volunteer or are strong enough to shift it, I am a complete weed nowadays and my former pole dancing muscles would cringe in horror at the sight of me struggling to lift a few kgs!

So far I have taken it out a few times with mixed success! The first time (maybe second), I crossed a road near my house, using the appropriate dipped pavement but I somehow ended up clipping the curb and getting the scooter stuck in a position where it wouldn’t move either way and started an irritating attention-seeking beep. I hopped off and luckily a mum picking up her young son from school helped me resolve the situation as we both pulled it out. I thanked her, then left her to discuss with her son how people may still be
able to walk even when using such devices!

Now a few weeks later, P and I have got it sussed. She is happy to trot alongside me and I am more or less capable of driving one-handed! Hopefully this scooter will lead to many successful trips out!

One thought on “My first mobility scooter!”