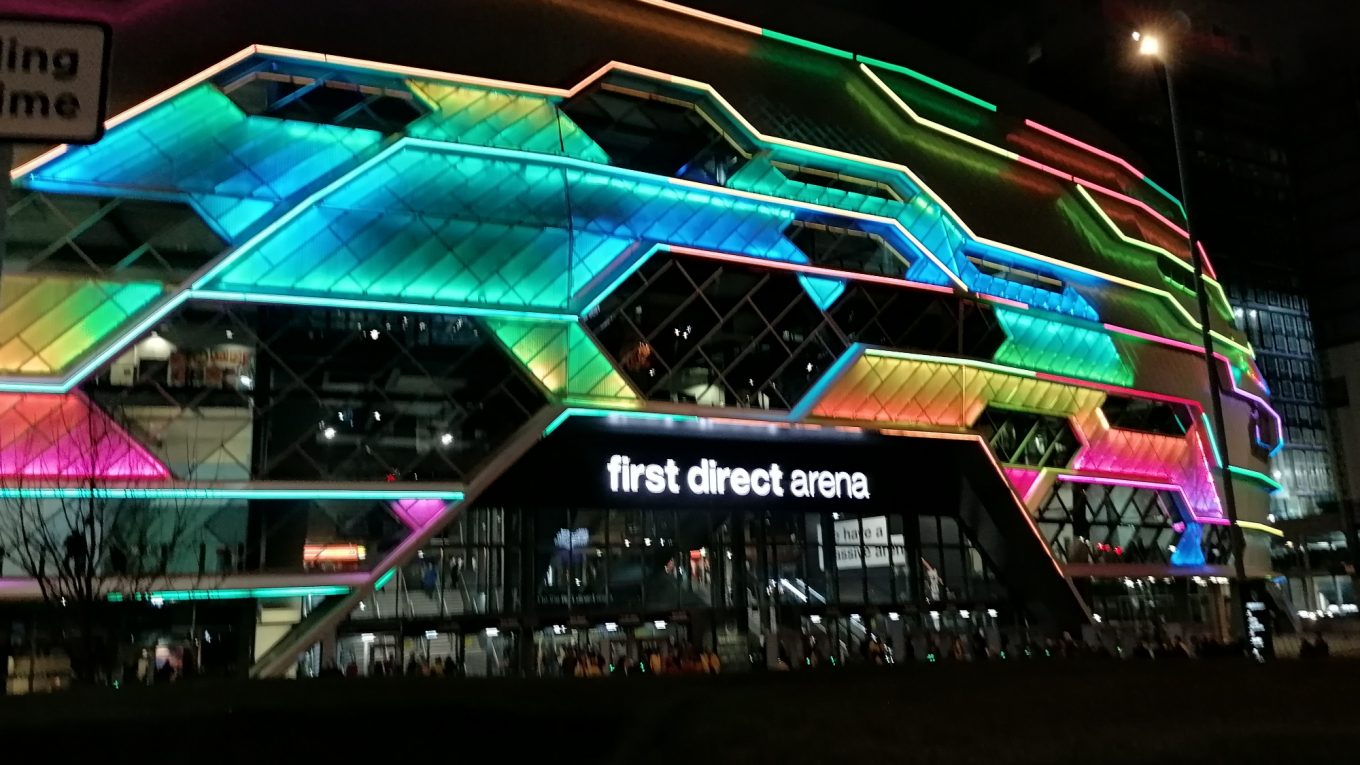 The bi-annual Shed Seven “Shedcember” tour has become quite an event over the years in our household. We join forces with my other half’s sister and her boyfriend, as a pre-Christmas gathering to sing our hearts out to the Sheds.

In the last few years I’ve not had the most success in my attendance of Shed Seven gigs. I was in hospital for the last Christmas tour – not a complete surprise. But then my boyfriend had bought us tickets as a Christmas present to see them in Paris in the following Spring. We were making a long weekend of it, and on the day of the gig, after doing a segway tour around Paris (in my opinion, the most effective way to see the sites with limited mobility!) we were sat in a cafe looking forward to our evening out. I said, “oh shall I check their Facebook page, they might be sightseeing around the area and we can try and stalk them*!” How wrong I was! I read out their latest post (a few hours ago), the gist being – it has come to our attention that some of our fans have not realised our European tour has been canceled and is not going ahead”.

The other members of the party had seen them at Kendall Calling but as weekend festivals aren’t possible for me, I hadn’t seen them for a good while.

* I wouldn’t actually stalk them – but if we happened to bump into them, well what a nice coincidence! 😀

Needless to I was quite pleased to see the lads. We tend to go down to Brixton but due to a close friend’s wedding that day we had to make other plans. Looking at the weekend dates, Leeds looked to be the best option, so off we went for the weekend.

When we arrived we got to hear the very end of The Twang. They say something about the new album being out. I haven’t thought about the Twang in years and it was probably along the lines of them and The Enemy being interchangeable in my mind! They finish with ‘Either Way’ which I don’t think I’ve heard in about a decade. 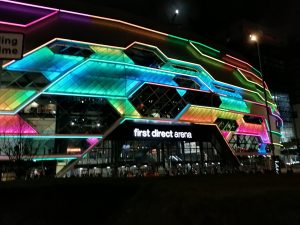 Reverend and the Makers, the main support bound on with intense energy, unwavering throughout the entire performance. Baggy beats, skanking, and pogoing are the order of the day. The songs sound as fresh and energetic as they did the first time around. Jon McClure excels in his position as frontman and if the crowd weren’t ready for the Sheds after that, they never will be.

The crowd is buzzing; Clint Boon (Inspiral Carpets) is DJ between acts.

Starting with ‘Room in my House’, from their new (2017 is new compared to the 90s) Instant Pleasures album, as has become custom, the atmosphere rises. The band sounds tight and Rick Witter’s surprisingly powerful vocals hit every note.

They treat us to all the favourites and we gladly sing along. Rick Witter is on good form as always ensuring the inter-song banter lives up to expectations. He promises as his Mum is there, he won’t swear, which of course as the night progresses he breaks. Repeatedly! A story of a man whose wife had banned him from attending the gig brought much laughter and derision, the perfect segue into Where have you been tonight? which featured a three-man brass section. 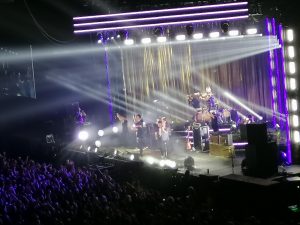 The songs were highly enjoyable, one sing-a-long hit after another. Mark, She left me on Friday, Dolphin and Getting Better amongst my favourites. But really picking a favourite Shed Seven song is like picking a favourite child, right? Liam Gallagher claims his concerts are biblical but this truly felt like a coming together in celebration.

Regular Shed Seven gig attendees will know that they like to slip the outro of The Stones Roses’ I am the resurrection at the end of Going for Gold. This time they went straight into a cover of Angel of Harlem by U2. Nice to ring the changes a bit and get the money’s worth from the brass section I suppose! 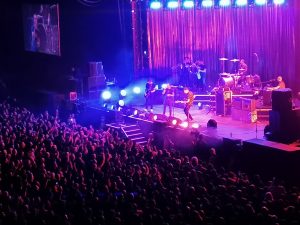 One of the strangest experiences of the night was the bloke sat in front of us. He had his phone out through the entire performance, paying no attention to what was going on onstage. Constantly refreshing his screen in the hope of getting a signal to get on the betting app. It was very offputting! If Rick Whitter had found out he’d probably have suggested the guy whose wife had banned him from coming, should swap places with this character (see below!)

Room In My House, Mark, Where Have You Been Tonight?, Devil In Your Shoes, She Left Me On Friday, Enemies & Friends, Ocean Pie, Dolphin, Better Days, On Standby, Getting Better, It’s Not Easy, High Hopes, Bully Boy, Going For Gold / Angel of Harlem (U2 cover), Parallel Lines.
Encore: Invincable, Disco Down, Chasing Rainbows

When I called up the access line they were very helpful in suggesting the most appropriate seats with the least number of steps. I got a personal assistant ticket free with my purchase.

I decided not to take my scooter. You can actually get dropped off by taxi relatively close to the venue and the venue itself seems a lot smaller than some of the other large arenas I’ve been to. For an arena this size, I actually found it much more intimate, I guess due to its semi-circular format which means everyone is closer to the stage.