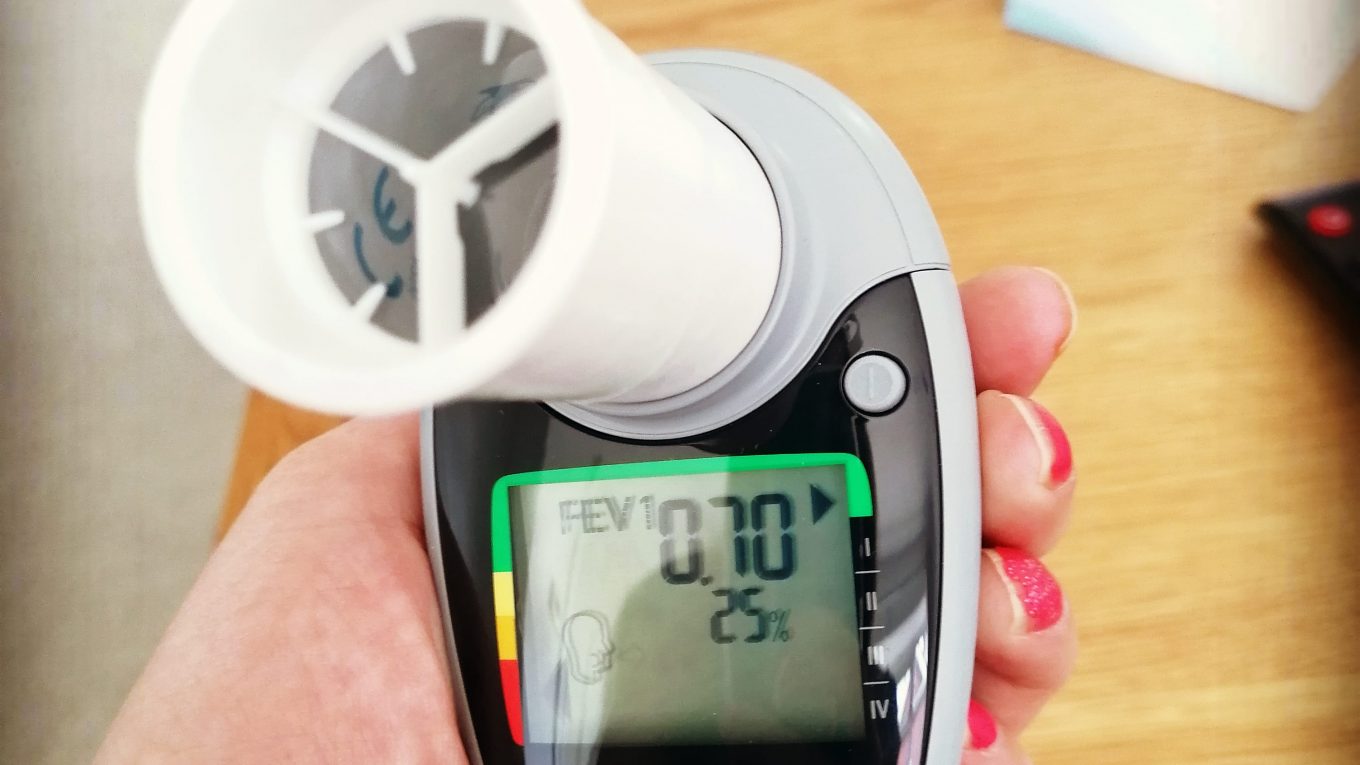 After two months at home and getting used to being in the swing of the normal world I started to feel unwell.  Normal world used very lightly – as in out of hospital, but still in the Covid era, so not actually that normal.

I started to feel the unpleasant build-up on the back on my nose. The numb feeling which I’ve now learned means the signs of a sinus infection brewing. I had managed eight full weeks at home. And without IVs! This was the longest I’ve been off IVs for a year!

Being away from hospital had done wonders for me. Mentally if nothing else! I have been managing to do some gentle yoga every day (I highly recommend Yoga With Andriene free on YouTube) which massively helps get sputum flowing better even than any physio and got into a good routine. So I’m disappointed to feel the flare-up in the sinuses so soon after the surgery.

And Another Sinus Infection….

After a week or two it’s clearly not getting better and I know the only option really is IVs. I’ve cranked up the sinus rinsing to three or four times a day but my nose is still running, ending up on my chest and making me cough like a champ. I really was putting off IVs mainly as I didn’t know how it was going to work from a logistical point of view. As it happened my team rung me that week to see if I wanted a virtual clinic appointment.

It worked surprisingly well. I was able to do my spiro (lung function), weight and oxygen sats from the equipment I had at home. These all give an indication of how you especially compared to how you have been previously. And then they can see you on the screen and you can report back. I was chatting to one of the physios who said “we can tell more than you think just by seeing you”. How you are sitting and breathing, your posture, and how easy you are finding it to talk.

Then I got to see my team all crammed into one room from the comfort of my settee! When my consultant introduced the team. I took it upon myself to introduce P who was sitting on my lap! Of course she was the star of the call! I can definitely see this being continued after Covid-19 crisis, especially if you are well and don’t have a need for a port flush or xray.

It was agreed that IVs at home were the best course of action, and within a few days one of the CF nurses was at my door covered in PPE to put my needle in. She presented me with own mask to wear. The first one I’ve worn of the crisis! I have to say it wasn’t particularly easy to breathe through. This wasn’t helped by me putting it on the wrong way run and upside down!

My pre-mixed drugs had already arrived by then, so I could crack straight on with my IVs. Ironically after my concerns, this was the easiest start to IVs ever. I didn’t even have to leave the house to get set up!

Two weeks of IVs and Struggling

I had two weeks of IVs which made me feel pretty rubbish and exhausted – so I had another week of IVs but swapping a different one in. I was really struggling with coping on IVs at home and trying to get sputum moving. I had four virtual appointments in the space on three weeks. The words from one of my consultants echoed around my head. The jist was don’t put it off too long as there’s not a great distance for your lung function to fall and there’s not the back up option as transplants are canceled (as you know).

By the end of the third week of IVs I decided that weekend that I was really in need of help and needed to go in. I had been tossing up the decision for a while, reluctant to go in as it was so stressful being in hospital before lockdown. But I tend to feel better knowing that I’d made a decision about what to do next. My lung function was continuing to go downhill and my sats hadn’t improved so this felt like the sensible decision!

I told myself it may only be for a few days to get intense physio and hydration as well as more IVs.

One thought on “Home IVs During Covid-19”